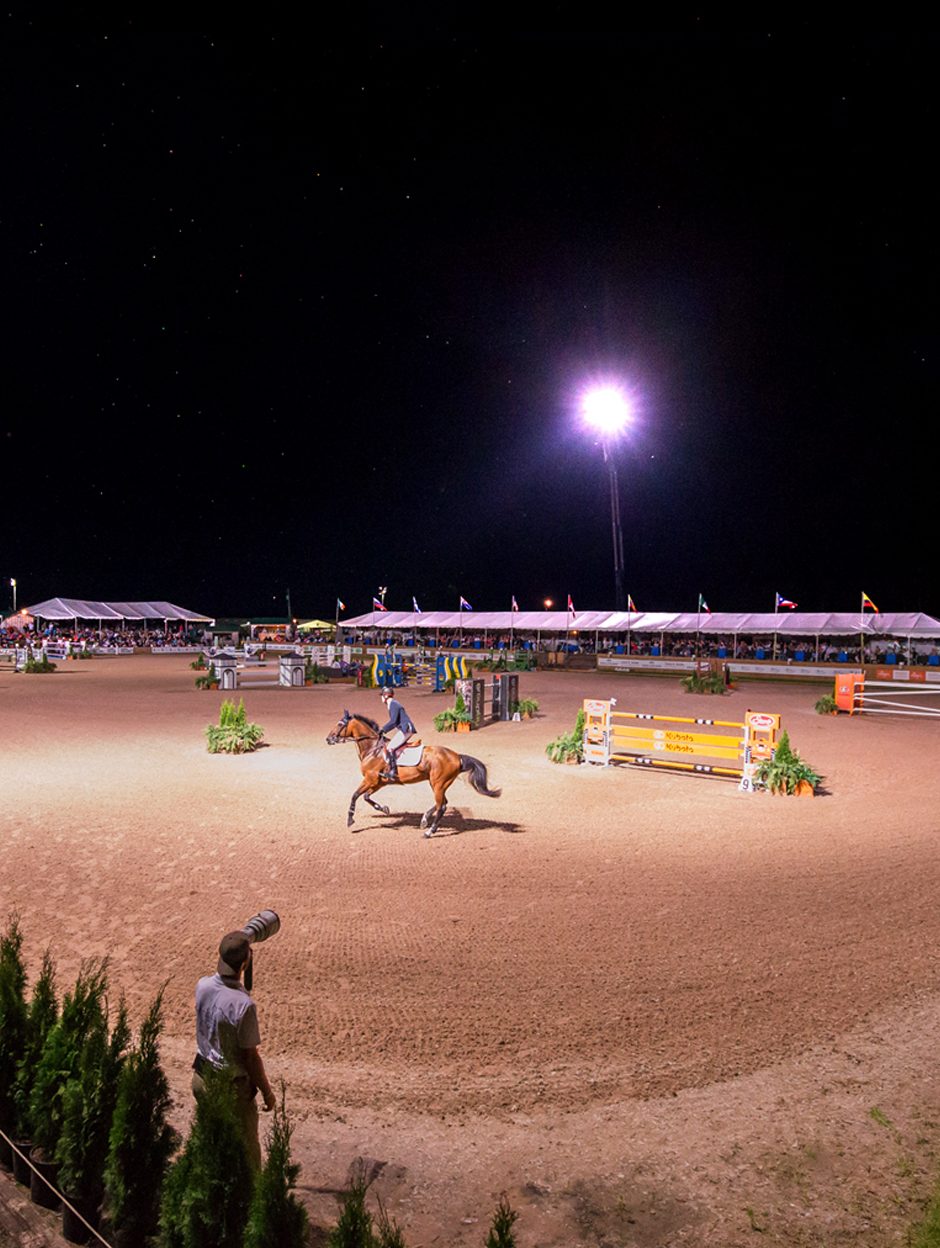 Ontario, Canada – May 20, 2019 – Adding to its reputation as one of the leading equine transportation companies, EquiJet is pleased to announce its new partnership with Angelstone Tournaments, the premier equestrian competition venue and show provider located in Erin, Ontario. Led by a top-talent management team comprised of experienced horsemen and horsewomen, Angelstone is a favorite stop for North American exhibitors and an ideal partner for EquiJet in its endeavor to elevate the sport, especially for young, hardworking athletes. In 2019, EquiJet will sponsor the $10,000 U25 Summer Series at Angelstone, which is aimed at providing additional opportunities and paving the way for the next generation of equestrian greats.

“The entire team at EquiJet is thrilled to be working with Angelstone Tournaments for the first time this year, specifically to support young up-and-coming athletes” commented Bastian Schroeder, Founder and President of EquiJet. “As a company that operates internationally, it is very important to us to promote the growth of equestrian sport across the world. In a short time, Angelstone has become one of the premier horse show venues in Canada thanks to its commitment to excellence and outstanding facilities, and we hope to help continue that tradition while promoting the sport in Canada through our 2019 sponsorship.”

Since the venue’s founding in 2011, Angelstone’s sprawling 70-acre facility situated outside of Toronto has grown to showcase five competition rings that feature guaranteed perfect footing, including the Angelstone Main Stadium, a tournament ring unrivalled in Canada and modeled after the Rolex Stadium in Lexington, Kentucky, which hosted the 2010 World Equestrian Games and is considered one of North America’s great show jumping venues. Boasting spring and summer tours, Angelstone Tournaments offers competition for all levels, and some of it’s highlight events in 2019 include The Kubota Triple Crown, an exciting three nights of FEI Grand Prix Jumping with over 4000 spectators, as well as the Young Horse Championships, and in year’s past Angelstone has hosted an FEI Jumping World Cup™ Qualifier. This year alone, nine FEI classes and more than one million dollars in prize money will be offered, making the venue a true destination for competitors up and down the East Coast of North America.

This year, EquiJet is proud to serve as the presenting sponsor for the two-part $10,000 U25 Summer Series, which will commence Friday, August 23 with Phase 1, and will conclude August 30 with the U25 Final. In an effort to promote the budding careers of the young athletes and provide easier access to competitive opportunities, EquiJet is offering flight vouchers for the top finishers. A strong proponent of programs that support emerging equestrians, EquiJet is committed to playing its role in advancing the state of equestrian sport across borders, while aiding to increase the availability of geographically far-away events for aspiring professionals.

“Angelstone Tournaments is very excited to be working with Equijet this year to produce a U25 Series giving young riders of Angelstone a new opportunity. We love working with forward-thinking companies who are motivated to improve the equestrian sport in North America. Angelstone and EquiJet share the common interest of giving valuable opportunities to the future of our sport and giving back to the equestrian community,” commented Kellie White of Angelstone Tournaments. “For this reason, the teams at Angelstone and EquiJet have teamed up to offer a $10,000 U25 Series where the winners and runner-ups of each leg of the division will be awarded a flight card, as well as the overall winner of the Kubota Triple Crown. We are very thankful for EquiJet’s support and are looking forward to continued success with them in the future.”

Taking care of every detail, EquiJet specializes in the transportation of horses both domestic and internationally. The team at EquiJet offers an all-encompassing service, including the flight itself, quarantine logistics and necessary paperwork, allowing owners and trainers to send their horses with peace of mind. With over two decades of experience in international shipping and an extensive network of transportation partners, EquiJet prides itself on making each horse’s travel – whether to a local show or across the world – as stress-free and comfortable as possible. EquiJet offers unparalleled customer service by horse people for horse people.