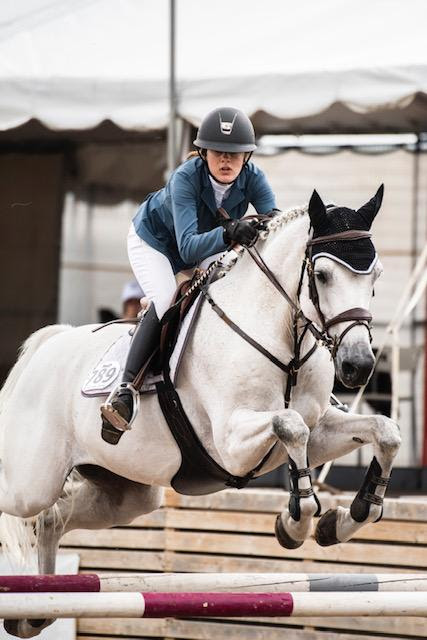 Ontario, Canada – July 27, 2020 – Following its successful debut partnership with Angelstone Tournaments in 2019, EquiJet is thrilled to once again be working with one of North America’s top venues to produce the EquiJet $7,500 U25 Championship for the 2020 season. Split into three parts, the series began July 23, and subsequent classes will take place August 21 and September 11 at the sprawling 70-acre facility situated outside of Toronto. A strong supporter of the up-and-coming generation of equestrians, EquiJet opted to participate in the Angelstone shows via a U25 series in order to promote the budding careers of the young athletes and provide easier access to competitive opportunities.

“All of us at EquiJet are so happy that Angelstone Tournaments thought of us for another year of partnership in 2020, and we are thankful for how they have included us in their show efforts despite all of the trials that came with the coronavirus shutdown. Together, we both understand how expensive it can be to ship horses and how prohibitive it can be for young equestrians working their way up the ranks. With this in mind, both parties knew we wanted to continue with the U25 Championship, and I am so excited to watch each class this year to see who comes out on top,” commented Bastian Schroeder, founder of EquiJet.

Thanks to two rounds of quick and careful riding aboard her own Castello Z, Sammy Saunders emerged victorious as the first winner of the three-part series July 23. For her efforts, Saunders was awarded a flight voucher of $725 that is intended to ease some of the burden of shipping a horse across the country or even the world. The second-place through sixth-place finishers each also received travel vouchers of various increments. With two rounds still to go in the championship, Saunders and her peers will continue to vie for more prize money to put towards future equine travel.

Celebrating its tenth year, Angelstone has grown since its inception to showcase five competition rings that feature guaranteed perfect footing, including the Angelstone Main Stadium, a tournament ring unrivalled in Canada. Though COVID-19 forced Angelstone Tournaments to rework its schedule, its summer season still features six weeks of Gold-level competition between July and September for exhibitors of all experiences, in addition to seven weekends for its Silver Series. In 2019, nine FEI classes and more than one million dollars in prize money was offered, making the venue a true destination for competitors up and down the East Coast of North America.