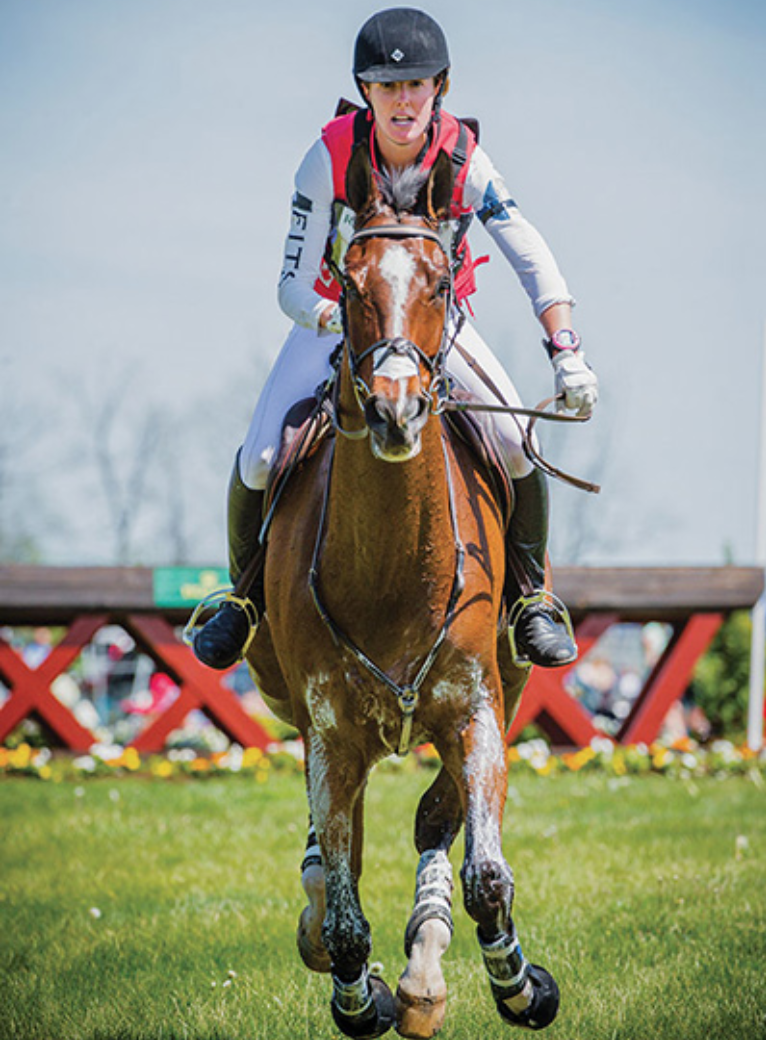 Dec. 22, 2017 – On October 15, 2017, Selena O’Hanlon and Foxwood High became the first Canadian eventing pair to win the Fair Hill International CCI ***. Believing the prizes from the victory included $15,000 USD in prize money and a free flight, courtesy of Dutta Corp., to a destination of her choice to compete internationally, O’Hanlon and John Rumble, “Woody’s” owner, began preparations to send the duo to the Mitsubishi Motors Badminton Horse Trials CCI**** in England. Six weeks later, however, O’Hanlon learned that there would be no flight and that her prize money would be significantly less than expected.

A release issued by U.S. Equestrian Dec. 14, 2017 stated that, “It is our understanding that the event announcer did make a mistake when also announcing [O’Hanlon] as the recipient of the free flight from The Dutta Corp… “[T]he flight [is awarded] to the U.S. combination that wins the USEF CCI*** Eventing National Championship.”

As a Canadian athlete, O’Hanlon was not entitled to the prize as she had previously thought. O’Hanlon and Foxwood High’s owner, former Canadian Olympian John Rumble, had to reorganize their efforts in order to accommodate an international flight as they had made plans to take Foxwood High to the Mitsubishi Motors Badminton Horse Trials CCI**** in England, fulfilling a dream that Rumble had had for many years. It was one that neither he nor O’Hanlon was willing to give up.

After the incident had gained significant notoriety throughout the North American equestrian community, international equine transportation company, EquiJet, stepped up and offered to aid O’Hanlon and Foxwood High to ensure that they are able to compete in the event in the spring of 2018.

“When we learned about Selena’s predicament, we felt compelled to try and help her in any way that we could,” commented Bastian Schroeder, founder of EquiJet. “It would be a shame to see John Rumble’s dream go unfulfilled, and we are happy to lend a hand.”

With nearly two decades of industry experience, EquiJet is one of the leading equine transport companies. Offering a vast network of partner companies throughout the world to ensure safe shipping for equines across the globe, the EquiJet team prides themselves on offering clear logistical solutions to riders and owners anywhere in the world.

“I’m unbelievably grateful and I’m shocked at how everyone involved has been so helpful, generous and understanding,” said O’Hanlon. “Everyone has come together and wants us to be able to go to Badminton including EquiJet and obviously it’s made a huge difference.”

Rumble repeated the sentiment, stating, “My wife Judy and I were delighted to hear that Foxwood High’s win at Fair Hill gave him a free trip to a European Horse Trials. This would allow Selena and Woody to compete at Badminton in 2018. The subsequent announcement that we, as Canadians, did not qualify for the trip was, to say the least, a significant disappointment. We are so grateful that the predicament was resolved when EquiJet stepped up and generously offered to help us! We are most grateful and excited about fulfilling a dream!”

Now with the assistance of EquiJet, Rumble will be able to live his dream of returning to Badminton with his own horse more than 40 years after training there for the Olympics. For Schroeder, the ability to help O’Hanlon and her team continue to succeed both nationally and internationally was a no-brainer.

“The ability to compete internationally is fundamental to equestrian sports. Selena is a respected professional and we are happy to help her represent her country at Badminton,” stated Schroeder.