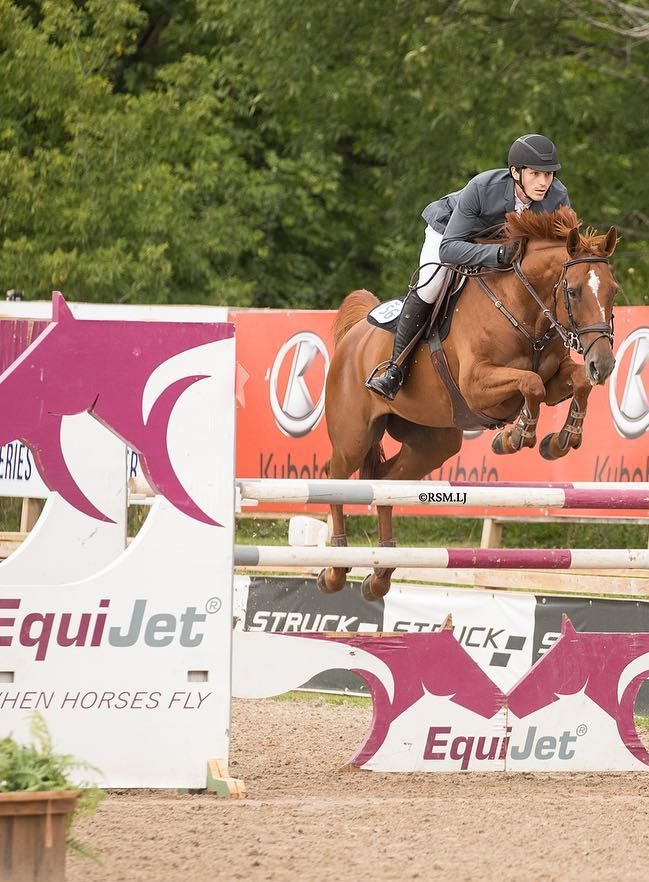 Ontario, Canada – Sept. 15, 2020 – The 2020 EquiJet $7,500 U25 Championship at Angelstone Tournaments has come to a close! Following three rounds of exciting competition, Mathieu Michot and Bretzelle D’Arthenay were named as the 2020 victors thanks to two top-three placings that pushed them to the top of the leaderboard. Split into three parts, the series classes took place July 23, August 21 and September 11, when top up-and-coming equestrians went head-to-head for a shot at the top title. After a successful 2019 partnership, EquiJet returned to Angelstone Tournaments in 2020 to continue its support of the younger generations of athletes in order to promote their budding competitive careers and offer travel opportunities that may have otherwise been prohibitive.

“This was such an exciting series! Congratulations to all participants. We are so happy to have been able to support the U25 classes this year at Angelstone Tournaments. Traveling to new, and sometimes quite far away, competitions is imperative for high-level equestrians as they kick start their competitive careers, so we were pleased to have partnered with Angelstone to provide some equine transportation funds for our lucky winners. The future of the sport is bright, and we are proud to have a hand in supporting the next generation,” commented Bastian Schroeder, founder of EquiJet.

Laying down two rounds of quick and careful riding aboard her own Castello Z, Sammy Saunders emerged victorious as the first winner of the three-part series July 23, followed by a win for Lexi Ray and Jana Van D’Abdijhoeve on August 21. During the final installment September 11, Alexanne Thibault and Chacco Prime bested the field as the fastest of the 8-horse jump-off to capture the final class’ blue ribbon. Overall, Michot and Bretzelle D’Arthenay earned the championship distinction with the most cumulative points earned from a third-place finish in August and a runner-up spot in September. Thibault’s September victory pushed her into second-place overall to claim the reserve championship.

Celebrating its tenth year, Angelstone has grown since its inception to showcase five competition rings that feature guaranteed perfect footing, including the Angelstone Main Stadium, a tournament ring unrivaled in Canada. Though COVID-19 forced Angelstone Tournaments to rework its schedule, its summer season still features six weeks of Gold-level competition between July and September for exhibitors of all experiences, in addition to seven weekends for its Silver Series. In 2019, nine FEI classes and more than one million dollars in prize money was offered, making the venue a true destination for competitors up and down the East Coast of North America.